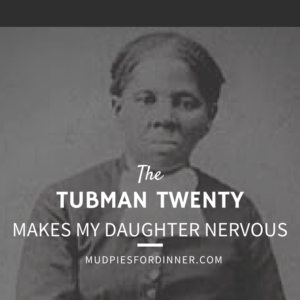 Last week was a lot, okay?  It was a…lot.  In case you missed it….sit down…Prince died.  But something else historical happened on last Thursday morning.  I woke up and heard the Good Morning America folks talking about Harriet Tubman being on the new twenty dollar bill in 2020. Wait a minute…whuh?   I walked around that morning in a state of disbelief a little bit…a happy disbelief…but disbelief.   Before I started working for the day, I wanted to blog on my thoughts about it and then…Prince died.  Harriet got about two hours worth of hype and boom….our short attention spans were redirected and have been ever since.

Here’s the thing, though…my children know who Prince is, but they don’t love him like I do.  So…after a day or two of me listening endlessly to Prince songs, devouring every piece of news about Prince, spouting out random facts about Prince, and watching Purple Rain, my oldest daughter said something sobering out of the blue…

“Mommy, do you think some businesses won’t use twenty dollar bills when Harriett Tubman’s face is on there?”

The back of my head still hurts from how hard I hit the ground.  That question was real.  For really real.  At fifteen, her sense of racial tension in America is palpable despite the sheltered environment we make every effort to provide.  She was already nervous and anticipating the negative things that would be said about this monumental change.  Days later, after the news story was pretty much buried, it was still on her mind.

Let’s be real, she’s still traumatized by all of the negative race-related statements and images that have been floating around about President Barack Obama. With the President, there was always the undertone that he’s not “really black” (whatever that means) because his mother was White and his father was an African-born Black man.  Even with his half-Whiteness, his Black half was relentlessly attacked.  That “Black half” of him represents me and most importantly, my children.  They were present and proud for the high points, but will carry the scars of the low ones forever.

About a year ago  when there was social media buzz about Harriet Tubman being considered as the new face of the twenty dollar bill.  I will admit that I thought it was a nice gesture for Mother Tubman to have made the list along with Madame CJ Walker and Maya Angelou but there was NO WAY….I mean ZERO way that any one of these women would receive the popular vote.  Even if they did, it wouldn’t matter.  A black woman’s face….?  A  buh-lack, blue-black, wide-nose woman with kinky hair and tortured face of a slave? On some money….? Money that people (some who thought slavery was a good thing)would have to carry everyday?    So here I am now trying to find my own perspective while trying to help my daughters find theirs.

There will always be ignorant people.  They are the ones that keep us on our toes to strive and do better.”

The reality is that most of the people who will complain or be unhappy about the Tubman Twenty probably won’t have any clue who is on the current twenty, ten, two or five dollar bills.  Thanks to Puffy aka P. Diddy aka Diddy, we know all “about the Benjamins, baby”.  But please believe that everyone will know about Harriet’s promotion from the once-a-year shout-outs at Black History Month to being able to touch millions of people of all races…every dang day.

A woman who is blue-black, midnight black with kinky hair, thick eyebrows and no-makeup is going to be replace a White man (who owned slaves) in a place of honor…on the front US Currency.  Marian Anderson will join Martin Luther King, Jr. on the back of the five dollar bill.  Let that marinate. For every Black woman who has been made to feel as though she needs to reverse everything that is natural about herself in order to be accepted, this is a victory and it will serve as a daily reminder that black is beautiful and that what we carry on the inside, our substance, is what we will be remembered for long after we’re gone.

So, if your children haven’t brought the conversation to you, consider bringing it to them and sharing what it means to you.  Why is it important?  Why is it a victory?  Why should they be proud despite the protests and negative media that are inevitable?     What happens if businesses do stop accepting the twenty or the fives because of the Black faces on them?  Nothing.  They will still have the same face value and an even greater soul value. 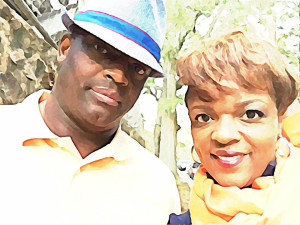 Today, my goal is to talk about the real, substantive stuff that is happening in my home with my very conscious children regarding the world we live in.