In a few short days Valentine’s Day will be here. If you have teen and tween daughters, get ready for drama. Think about when you were that age and hoping you would get a Valentine’s Day gift from the boy you swore would be your husband. After all, you practiced writing his last name with yours 1,000 times so you were practically engaged. Remember sending out your spies to find out if he’s going to get you something?

It didn’t really matter what they said as long as there was one little glimmer of hope that he would point to you as being “his” on Valentine’s Day when everyone was watching. On February 14, it seemed like “everyone” got their stuff but yours never came. Heartache. Embarrassment. Depression.

We’d hate him if he made someone else his Valentine but would still “love” him if he decided to remain silent on that day, even if he didn’t make a basic attempt to write a lame poem on notebook paper and draw a rose on it. He probably had a good reason, right?

Some of us have grown and learned from this experience and some of us are still waiting on that Valentine. 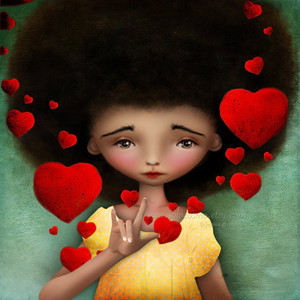 Unless you are a unicorn, at some point in your life you have liked a boy more than he liked you. Shoot, it even happened to Beyonce’ and Halle. If you claim it didn’t, you are either in denial or have trauma-induced amnesia.

This year Valentine’s Day falls on a Sunday and not on a school day, fortunately. Unfortunately, the internet is always open for declarations of “love” to be made to the whole world and not just the school like it was back in the day. So as this day approaches, here’s what I’ll tell my teen and tween daughters:

My goal as a mother is simple:  If I have to keep them I may as well have fun.  After all those pregnancies, I need some entertainment as appreciation.  Oh wait, I have another simple goal:  Not to let my kids make me look old before my time.