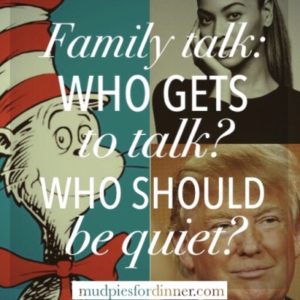 This Sunday, my whole family sat down together and watched the Super Bowl.  No matter whether we were individually supporting the Broncos or the Panthers, the things we could all agree on were the good commercials, the bad commercials and what we thought of Coldplay. The complexity of the messages and symbolism that were Beyoncé’s performance and the obvious need to help our children understand the strong reactions that came afterward were a beast to handle.  Television, radio and the internet are on FIRE with it.  But here’s how we broke it down:

Here’s the thing, though, that little pearl of wisdom doesn’t apply to every person in every situation.  It’s cute.  It’s witty.  But don’t let it be the running theme for your life if you want to be successful.  The reality for the average person (like us and everyone we know, regardless of race) is that we do have to be careful when saying how we feel.  We always have to ask ourselves what the possible consequences are of “saying what we feel.”  Will it get you expelled from school?  Punished? Put off your sports team? Rejected from your college of choice? Ruin friendships?  Hurt feelings?  Ruin your reputation?

It doesn’t mean that you won’t have strong feelings about things.  It also doesn’t mean those feelings aren’t valid and reasonable, but not everyone is going to be prepared for or accepting of your truth.  Most importantly, you may not be prepared for or accepting of everyone’s reaction to you speaking your truth.  At the end, though, you have to weigh out the consequences first.

Every morning and afternoon, the kids hear news stories featuring Donald Trump.  Even my five year-old knows who he is and says thinks he’s mean.  This guy is running a self-funded campaign.  He’s absurdly rich and he doesn’t want your measly campaign contributions because he doesn’t, in the least bit, want anyone to think that they own him or that they can have any influence whatsoever over what he says or thinks.  He’s being who he is and saying what he’s feeling and none of us matter to him so he could care less if we mind. 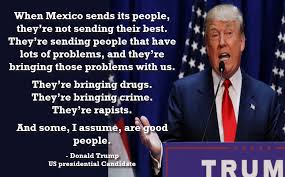 Even with all of that in mind, this guy is making a serious bid for President of the United States of America.  On a daily basis, the news outlets report some pretty outrageous and divisive things he continues to say such as his position that all Muslim people should be banned from entering the U.S.   No apologies. And he’s being rewarded for it.  He even went so far as to say that people were so supportive of him that he could shoot someone and people would still love him.  You can say what you want.  People are actually admiring his ability to speak his mind.

How does all of that apply to Beyoncé?

She’s really not doing anything different from “The Donald” and she’s following the advice of good old Dr. Seuss.

Beyoncé single-handedly took on the issues and topics addressed in her new Formation video that have been hot topics in America in recent years.  Hurricane Katrina was a natural catastrophe and New Orleans has still not recovered completely.  #Blacklivesmatter.  All lives matter.  Of course they do. But #Blacklivesmatter happens to be the name of the organization that stepped up to address, particularly and specifically, the lives of Black men and women senselessly taken at the hands of police.  She’s not saying that ALL police are bad…not any more than Donald Trump is saying that all Mexican immigrants are drug lords, criminals, or rapists, right?  Beyoncé didn’t name the group but she supports the cause.   There should be no shame in that.  But that’s just my opinion.  Develop your own.

The Black Panther Party, in its prime, was a controversial group of young people who believed that organization and force were necessary in order for Black people to gain the rights they deserved.  Did they do so good things? Yes.  Did they do some things that weren’t so good?  Yes.  But we would be hard pressed to find any organization during that era that didn’t have its good and bad.  Research them for yourself and see how you feel about them.  Beyoncé’s got you talking about them though, so that’s a good thing.  Feed your curiosity.  There’s no shame in that. 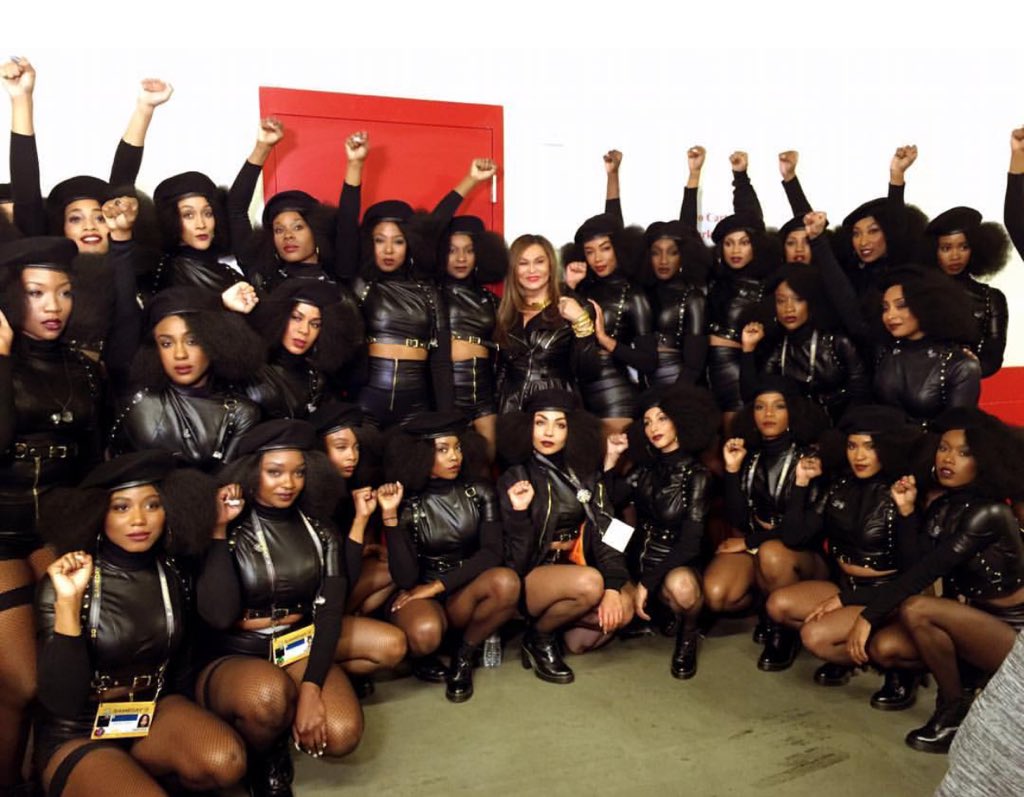 People are mad because Beyoncé’s supposed to be pretty, flip her wig, gyrate her hips and sing songs. She just stood in front of America and told us she just might be the next Bill Gates!!!  That is not a small statement.

She didn’t build her wealth and influence in real estate and reality shows like Donald Trump, but she can speak her mind without fear of consequence just like he can.  Her forum is through her music and performances.  His is through television or just about any time the camera is on him.  Maybe SHE should run for President, too?

These two people are in very unique and powerful positions because they don’t have to worry about being politically correct.  They can speak their truth when so many others can’t.

The question here is why it isn’t offensive when Donald Trump speaks against an entire race of people, but it is causes outrage when Beyoncé speaks out in support of her own.  That’s the real question. Read.  Research.  Decide for yourself and be and independent thinker.  Not a follower.

I WILL tell you how to feel about a few things though:

NUMBER 1:  The Michael Jackson wardrobe shout out was a win. 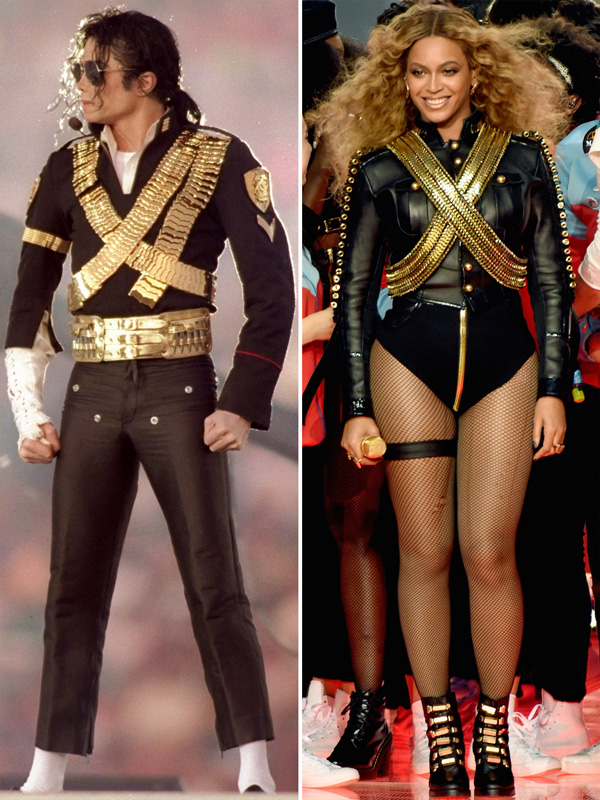 NUMBER 2:  Never speak ill of a woman who carries hot sauce in her purse. Half of the women on my side of the family do it.  Well, more than half…and to be clear…it’s Tabasco.  It’s a Texas thing.

Develop your own opinion about the rest.

Today, my goal as a mother is to help my children realize and understand that there will be differences of opinion as long as people walk this earth.  I want them to carefully research and think for themselves and be able to engage in healthy and constructive debate, even when their opinions differ from my own.