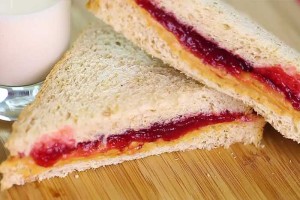 I will admit that I am dramatic. I’m not quite the drama queen, but I’m definitely animated. My antics are mostly for my own entertainment though. I enjoy watching people’s reactions to the things I say and do. Every now and then, I am forced to use my dramatics to drive home a serious point, which brings me to the subject matter of this post.

When Olivia was in fourth grade, I picked her and her sisters up from school. On the five minute drive home, I asked the standard question, “How was your day?” Olivia then responded in a very weak voice, “I’m very hungry mommy. I had to eat a peanut butter and jelly sandwich today because there wasn’t any money on my lunch account.”

As I silently made a u-turn on two wheels in the middle of a five-lane thoroughfare and headed back to the school, Olivia educated me on the cruel process employed by school cafeteria staff when kids don’t have money on their lunch accounts. In case you didn’t already know, the kid goes through the line and chooses all of their lunch items. When they get to the cashier, their cashier pulls up their account. If there is not enough money on the account, the child is then required to throw all of the freshly selected and uneaten foot directly into the trash can and they are handed a dry sandwich in a plastic baggie. Not only is it a waste of taxpayer dollars, but it is completely humiliating for the poor kid who has absolutely no control over how much money they have in their account.

My lips got tight.  My eyes squinted.  My ears were on fire.  “It wasn’t even REAL jelly, Mommy.  It was so nasty that I couldn’t even eat it, Mommy.  My teacher gave me a cookie and that’s all I ate, Mommy.” Every time she said, “Mommy,” she may as well have said, “I was in misery and you were the only one in the world who could save me but you weren’t there. MOMMY!”  My heart is racing just recalling how pitiful her voice was.  I know she was playing it up a little, but it was true.  “I tried you call you but they wouldn’t let me, Mommy.”  Wait.  They wouldn’t let her call me?!

I’m pretty sure that the car was still rolling when I threw it into park.  I honestly don’t even remember if I closed the car door.  Inside the office was the sweet school secretary with whom I’d always had great exchanges.  I demanded to speak to the lunch lady and was told that she was gone for the day.  I immediately launched in to my speech about how I’d written a fifty-dollar check for my kids’ lunch accounts.  How could they have the nerve to give MY KID a peanut butter and fake jelly sandwich!?  I told her that I lived close enough to the school that I could have been there in a matter of minutes!  “YOU KNOW ME!  I would never send my children to school without the ability to eat!”  Why didn’t she allow her to use money from other two sisters’ or her two cousins’ accounts?  Yes!  There were FIVE Jackson children at that school and only ONE ate a peanut butter and fake jelly sandwich!  (Yes. They were called the Jackson 5, but back to the story.)

Anyway, I finished my rant as other parents and teachers stopped to listen:

“In the future, I don’t want my kids to even know that there are peanut butter and fake jelly sandwiches in this school!  If I ask them if there are peanut butter and fake jelly sandwiches at this school, they had but better tell me no!  As a matter of fact, if they are in the lunch line and the kid in front of them is about to be humiliated by getting one of those hideous sandwiches, stop what you are doing and turn my kids around to face the other way so that they don’t even have to SEE the sandwich!  We feed our children!  If you had called me, I could have told you that she DOES have money on her account, even if she didn’t I could have been here before you even hung up the phone!  I’m around the corner!”

Poor lady, her eyes were as wide as saucers.  She promised to have the lunch lady call me the next day.  “Missis Jacksen.  I am sewwww sawwwry about tha-yat!  Sum-how all of the mu-nee frum yer check went on only one girl’s acccount. I dew apola-gize.”  Why in the heck does the Southern accent annoy me even more when I’m annoyed?! Ugh!  I reiterated my “keep the peanut butter and fake jelly sandwiches away from my kid” speech, told her to apologize to my kid, not me, and ended the conversation.

For the next nearly three years, I never heard another word about the peanut butter and fake jelly sandwiches.  In fact, I was feeling pretty confident that my performance was the stuff of legend…until this week.

An e-mail popped in my inbox notifying me that Olivia’s seventh grade lunch account was short.  After a couple of days, I just happened to ask her about it when it came to mind. She hadn’t said anything, so I thought that she’d either gotten money from her dad or used her own money to buy lunch.  She’s in the seventh grade, so I leave it to her to make sure she has what she needs.  “Olivia, I got another e-mail about your lunch account, do you have what you need?”  “Yes, ma’am.  I’m fine.  Did you know they have peanut butter and jelly sandwiches at school for when you don’t have lunch money?  They’re pretty good, too!”

I felt like Wild E. Coyote after the anvil block fell on his head.  That was probably how I looked, too.

“What’s the matter, Mommy?”  I think I passed out after that.

Moral of the story: Sometimes, no matter how good a parent you try to be, your kids will somehow manage to let you know you’re not that great.  Sigh.  Do they still sell Calgon?