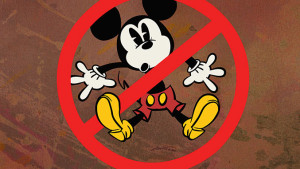 Anthony and I generally don’t like our kids to watch much television. We’re not super-psychotic parents who unrealistically think that we can raise our kids without the influence of television.  We just know that too much television is not good for OUR kids.

Fortunately, when they watch TV they tend to gravitate toward supposedly healthy and wholesome television programming like Disney Channel and TV Land.   Too much of a “good thing,” though, can be really bad…for their health.

Kids have a tendency to imitate the things they see on television.  For that reason, conscious parents rightfully steer their children clear of “reality” shows that give our children a negative and unrealistic perception of not only themselves, but of the world.  But!  If you’ve ever paid any attention to those Disney shows, the kids on those shows are much too free to say and do whatever they want.  I don’t know which is worse.

So here’s the thing.   The kids just spent a week at my mother’s.  The entire week consisted swimming and watching television.

As soon as I picked the kids up, there was a dramatic event in the car.  I’ll spare you the details of what lead to the drama, but what set me off was when #2 said, “You never listen to me! Aggghghghgh!  This is so unfair!”  Then, the proceeded to throw several punches to a package of toilet paper that was just purchased.

There were three key things that happened.  First, I want to clarify that the “you” she was referring to is me. Second, fortunately for her, the toilet paper was Charmin Ultra so the toilet paper rolls didn’t warp.  Third, I was driving through downtown Atlanta so I couldn’t pull over immediately and snatch her.

What was wrong with her?  Had she lost her mind?  “All week she only watched Disney Channel, mommy.”  Number 1 said it very matter-of-factly as if she wasn’t even there.

She had overdosed and it was time for an intervention.  I won’t describe my intervention techniques, but I WILL tell you that she recovered quickly.

Moral of the story:  Kids need to know that what they see on television is for entertainment and it is NOT real.  They may want to behave like a Disney Channel kid and that’s just fine as long as you make it clear that you can be just as influenced by the mothers on Lifetime Movie Network.  I’m just saying.